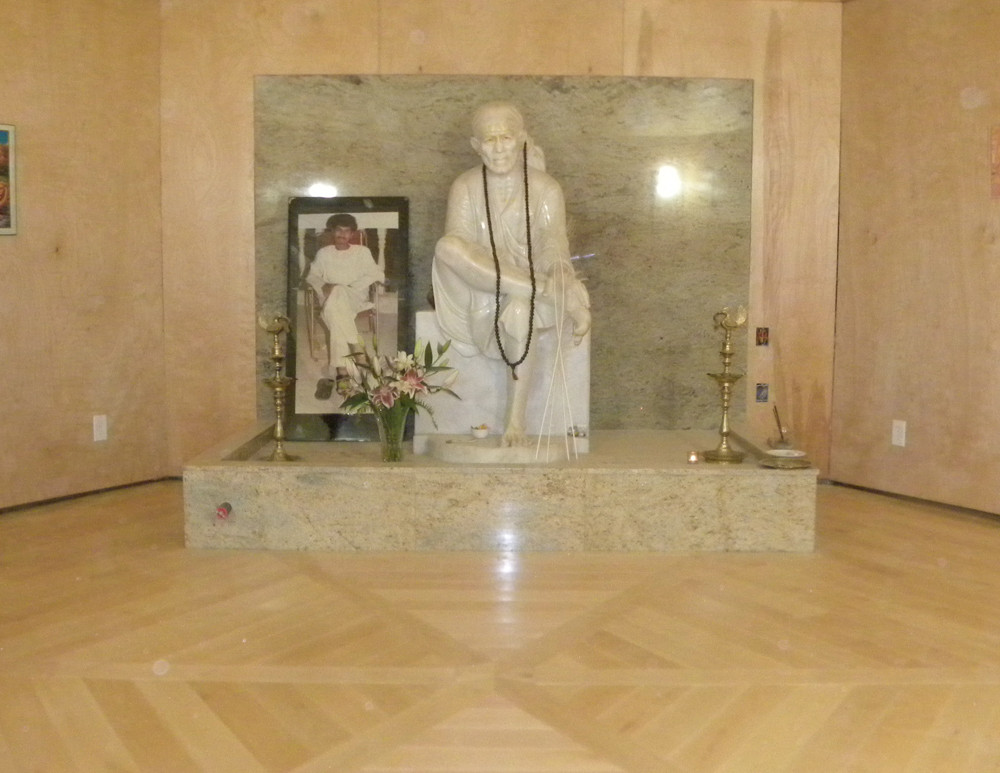 “Baba is coming!” I looked again at the text message on my phone. “Baba is coming!” Hmm. Wow. “What does that mean?” I wondered aloud. At that time, I was standing under a juniper tree in the middle of the Oregon high desert. Three days later I was in Laytonville with a truck full of tools and no idea what Baba’s new home would look like.

That was how the construction of the Baba temple began. Monika had sent me that message. When I heard that he would arrive in 2 weeks, I laughed, because I thought it was a joke. I really did. Nope, no joke. He was flying Lufthansa, and we have 2 weeks to build a Baba temple. I thought, “Are you kidding? How about a tent? Or a really nice umbrella?”

The process of building this temple has shown me how the Divine energy works through us, and how we are really just instruments for that energy and truly not the “doer”.

I wanted to build a rectangular temple, but no matter how hard I tried, which angle I went, I could not get started. I could not start any part of it. Not even one small stone was going to move there. It was a strange inertia, and only later did I realize that Baba was not allowing it. He had already designed the temple, and as soon as we started moving in the direction He wanted, it started to progress. It’s true.

There is no plan except Baba’s. I wanted to get a crane or forklift, any machine to place him on the stage that we had built. Every where I asked was the same answer, “No”. I thought, “We have to get a machine. How are a few people going to move this 3000 pound guy up there? No chance.” But when the time came, he showed the way. It was a big wrestling match and eventually he allowed us to win. It was great fun, with bhajans playing and singing for hours.

At this point He was still in the box He was shipped in. No one had seen His face. There was a lot of speculation and conversation about what He would look like. It is hard to describe the energy of that moment, when the box was finally opened. It was like a reunion with a very old and dear friend. There he was, “Karuna Sai”, our loving grandfather, and so perfect.

Of course it took longer than 2 weeks to finish the temple, but it happened on His timeline. Now he sits in the temple that He designed, looking in the direction that he wanted, over the powerful vaastu of this place. It is a place of deep meditation and powerful healing, and I hope that everyone can come and experience His presence very soon. Come and climb the steps and say “Hi” to the big Boss.

A Different Kind of Healing

Swami was once asked a question, “If Baba was still in his body, what would you do?” Swami answered, “I would just do seva to Baba”. Baba’s spiritual process was entirely seva (selfless service) to his master. Swami said, “He got training from the master Venkusa in supernatural siddhis and unbelievable things. Shirdi Baba never learned any mantras, he just did seva for Venkusa. Everyday his seva duties were to wash his master’s clothes, cut the wood, make the fire, and make Venkusa’s place with a pure clean fragrance. Venkusa always asked, “Come to give massage. Clean my room.”

These two points illustrate the power of doing seva as a part of anyone’s spiritual path. Or it can be your entire path, like it was for Baba. It is one of the 9 coins, the 9 paths to God that Baba gave Lakshmibai in His final moments in his body. She was there just doing simple seva to Baba by cleaning his Dwarkamai, and interestingly, in Telugu, received one of his final important and lasting teachings. Not to mention those coins.

A few years before Swami took his mahasamadhi I was having a little trouble with my inability to focus on my meditations because of how much seva there was to do in the ashram. I related this internal struggle to Swami. He smiled and with a loving look said, “Just do seva to me, it’s enough!”.

Seva has been one of the greatest healing mechanisms in my life. No doubt on that. Now that I am again living full time at this amazing little forest hermitage on the mountain, I feel that more than ever. And I see that more than ever in the people around me. I think we can sometimes miss that point, and think that seva can just be some kind of drudgery to relieve us of some past karmas, to purify us. Well, that is true too. I have done seva as an apology for some mistake I felt I had made. I have done it as part of a deal with Baba. I have done it purely as a joy, out of love. And I have done it where it just felt like drudgery. Seva has never failed me. I have always felt better and have been rewarded with far more than my efforts deserved. That is the greatness of seva in my eyes. That is the greatness of Guru seva. It can heal as much as any other energetic process. 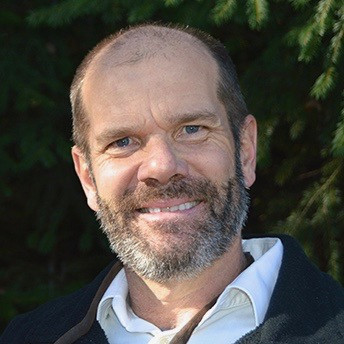 Patrick 'Mahavir' Huffman began his studies with Sri Kaleshwar in 2000 and worked closely with Swami in Penukonda, India until his mahasamadhi in 2012. He is a cer­ti­fied teacher, healer and Vaastu consultant. He lives at the Divine Lineage Healing Cen­ter in Lay­tonville CA.