Spirituality Is Beyond Science 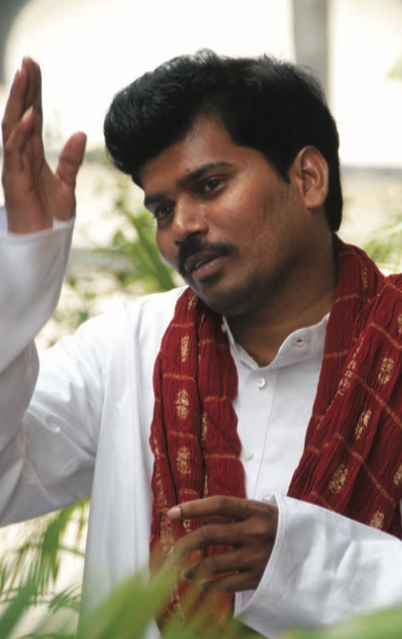 from the teachings of Sri Kaleshwar:

My dear, divine souls! The most amazing, unbelievable subject on the planet is spirituality. It’s beyond science. To know your capacity, to know your inner reality, to recognize the abilities that are in you, to bring those abilities out, to demonstrate those abilities, it’s not a joke.

Right now, in your Western culture, people think bringing a dead person back to life is a big miracle. But in the ancient cultures, they knew the channels how to do it. In India, several thousand year old people are still living in the Himalayas. For thousands of years saints are living there, by keeping moving the chakras. By keeping the chakras moving, you can stay alive. They have pretty good commanding of their Brahma Consciousnesson their soul. They’re taking the soul and using it in a beautiful, positive way. You don’t know how to use the soul in a beautiful, proper way, let me put it that way. That’s why you have all these funny problems and huge cloudiness in your life. You can’t see through. You cannot see anything. You’re stuck. Any miracle or amazing healing, like making a dead person come alive, or fixing heartbreak, you can heal through Brahma Consciousness.

Shirdi Baba, even though he is acting like a beggar, he is an amazing, powerful healer on the planet. First, in the beginning, they called him a beggar. Then they called him a doctor. Then they called him an avatar, God. There is clear evidence that the whole of Shirdi saw that he died and again came back. They declared he left his soul, again he came back a few days later. Today, in the normal science, if they want to figure out how it’s possible, yes, it’s possible. Many things your Swami also did, so far. Yes, it’s possible. It is possible. You have only seen one angle of your Swami, you're not seeing the full picture of your Swami, put it that way. There is no law a mango tree should only bloom the mangoes. On a mango tree, different types of fruits can bloom. Science is a kid. Spirituality is a grandfather.

Today scientists discovered a lot of things. But so far they only discovered a drop of water in a big ocean. But the spiritual people, the saints, discovered a big Pacific Ocean in the galaxy. Science is a drop. Spirituality is an ocean. Science was born through spirituality. So far, whatever they discovered, several thousands of years back they already in spirituality told about it. The saints already told.

Today we think certain things are impossible because science is dominating. It takes a little time for spirituality to dominate. But finally, all scientists have to come to spirituality. Then they totally need to surrender to the spiritual people, “What is this?” 5% of scientists have started to research on spirituality and their way of spiritual people’s thinking. Science and spirituality, if they get together, it takes off. Really, it takes off. For example, on the days they wrote if you chant this mantra for 108 times for 41 days something will happen in your soul. I'm not a scientist to explain it in a technical way, but it will happen. Each mantra that you are chanting counts for your soul.

I'm saying today, all my prayers, the spiritual formulas, the ancient palm leaf books, after maybe twenty-five, thirty years, I'm one hundred percent confident that even the scientists will prove that. Why isn't science and spirituality coming together? Science ultimately needs to depend on spirituality. What they taught two thousand, three thousand, five thousand years back, scientists will want to research on it. They will research on it. They will.

Many scientists won’t believe Vaastu. But in some angles we can prove it scientifically. But beyond that, even me, in a scientific way I cannot prove it. On the days, they wrote in the palm leaves that if you practice it, it’s happening. So, scientists have to study spirituality. Until they study spirituality, they don’t have any right to ask any questions. They have only their own angle, but they don’t have another angle. That other angle, they have to discover.

The most top supernatural subject is spirituality. Certain things, we can prove to science. But spirituality is beyond science. Can the scientists really explain your heart feelings? Can they really talk about the true love that is in you? Can they explain how much faith you have on God? The scientists have no answers for that. This is completely the knowledge of feelings. Once you really fall in love, really deeply fall in love with spirituality, every minute, every day is the bliss; the nectar keeps flowing in you. If you’re doing it as a kind of a duty, it is ok, slowly you’re jumping into it, but you have to do your duty, the process, your meditation, with an open heart.

In the future, human beings are going to discover and find a lot of things in the long-term road. If science and spirituality come very close together, they are going to create wonders. Wonders, no diseases, no death, unless you want it. Such great wonders, they're going to do. It's a fact.

In the present situation, does science know anything about spirits, souls and angels? If we start to talk to the scientists about these things, they will see us as a group of psychiatric patients.

From their angle, it seems one part true. But from our angle, there are so many unbelievable things hidden in nature. Unfortunately, scientists won’t believe it unless it is through their own scientific system. But spirituality has the top systems, beyond the scientific mind, for researching on God and for connecting to amazing energy hidden from the normal eye. If you do certain processes and charge your soul, you will be able to pull high-level magnetic power to see souls, spirits, and angels. You will be able to see these energies automatically. They will appear to you. Still the spiritual channels exist, the healing powers exist, theDivine Cosmic channelsexist. You can still have great amazing experiences.

I’ve seen hundreds of people really connect and receive a lot of amazing experiences. Once you reach that stage, like a boost, you can really enjoy it, what else do you need? One day we need to drop everything here including our physical body.

Spirituality is beyond science. In science, there are formulas, but spirituality also has formulas. Once if you practice them, it’s not a big deal to connect to the divine spirits, divine angels, then Divine Mother. Then, She helps you to connect to Shiva. So, the point here is: through the Mother, it’s easy to connect to Shiva. Once you connected to Him, each person in their life can do three amazing miracles of making the dead bodies come back alive, taking the soul back from Shiva, regenerating it and giving the soul back to the dead body.

Then finally, on the day, in the Nature, in the Cosmic, he was responsible for millions of people to come to experience the information. He really suffered for us. That's the truth. He accepted the crucifixion. Crucifixion is nothing but Khandana Yoga. On the day, he went on his suffering. But it was not suffering, he was enjoying the suffering in a beautiful way.

Finally, he got crucified. Again, he came back alive with the help of his mother and some of his friends and traveled back to India and he lived there until he was almost eighty-two years old. That’s a true story.

From now onwards, a couple of hundred years later, it’s really going to be vast. Then after five hundred years, I don’t think people will follow any philosophy except the ancient, the most ancient, philosophy, the palm leaves, the prayers, the yantras, the chakras — that takes off.