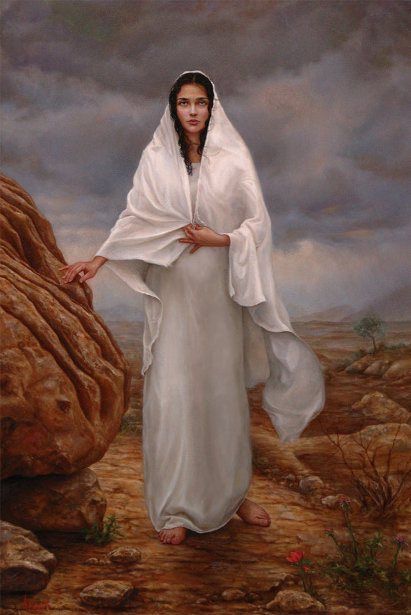 The extraordinary power of this ancient knowledge was demonstrated to the world in 2007-8 by hundreds of students who through the Maheshwari Yoga process had darshan of Mother Divine.

In 2007, after Sri Kaleshwar had been working on translating the palm leaf manuscript for several months, an American tour was scheduled for him to teach this knowledge and give this initiation to Western students for the first time. However, instead of doing these initiations in person, Sri Kaleshwar sent Monika and Nityaananda to America to do them in his place, explaining that his physical presence was not necessary. Sri Kaleshwar instructed them how to be a channel through which he would give the initiations in America while he was in yoga samadhi in India. Through this yogic process over two hundred people were initiated into Maheshwari Yoga in the West. These first initiations in the United States were held in Los Angeles and Santa Cruz, California in September 2007. From this group, one hundred thirty people traveled to India in March 2008 and received Mother Divine’s darshan in Sri Kaleshwar's graceful presence.

During the spring and summer of 2008, under the guidance of Sri Kaleshwar, Monika and Nityaananda gave three more Maheshwari initiations in the United States: two at the Divine Lineage Healing Center in Laytonville, California, and one in Cincinnati, Ohio. “How your Swami pulled and manifested Her (for Maheshwari Group members in India in March 2008), again the same thing is going to happen in America, in Laytonville. There your forest is very beautiful,” Sri Kaleshwar said.

During the June 2008 initiation in Laytonville, there were dramatic symptoms in the Nature that reflected the power of this transmission. Later, when Monika and Nityaananda were sharing these symptoms on a phone call to him in India, Sri Kaleshwar said, “You initiated the wild Mother. Her Nature is calming down.” He said that many people would have darshan of the Mother, because the alchemy that happened then made the Divine Mother more accessible. More than 150 of who received these initiations received darshan of the Holy Mother in Penukonda during Guru Purnima 2008.

Remarkably many had only done a few weeks of the Maheshwari Yoga process before having darshan!