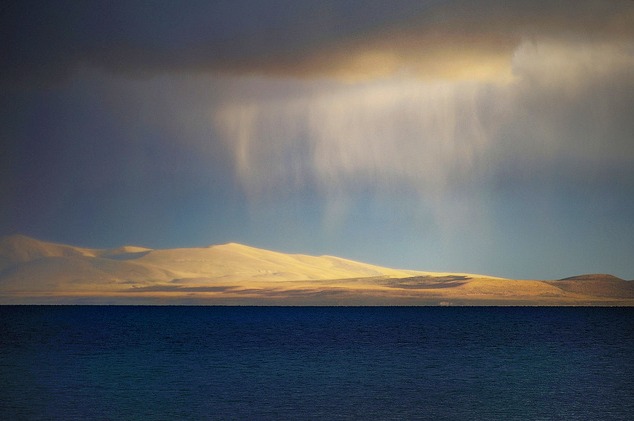 Before there is duality, there was only light. So the light can’t know itself. One of the reasons this creation forms is so that that God can experience itself through the illusion of form. As long as there is a creation there is darkness, and as long as there is ignorance there is a need for guru, for the guru principal. When Sri Kaleshwar describes the master using the definition of Guru Brahma, Guru Vishnu, Guru Devo Maheswaraha, he said, “The master is light. He is beyond the three characters of Brahma, Vishnu and Shiva."

It’s good to understand the word “guru.” Guru has two syllables, “gu” and “ru.” “Gu” means darkness, and “ru” means light. The guru is the light that swallows the darkness. “Gu” also represents maya, all of this illusion. “Ru” being the light, is the supreme knowledge, it destroys ignorance, it destroys the maya that envelops us that makes us not understand that we’re the same as Jesus and Baba and Mother Divine.

In India there is an ancient philosophy called Kashmir Shaivism that helps us understand more about the true nature of the guru. This philosophy states that first there is just one, one consciousness, and then at the creation unfolds and duality begins, it then becomes two, Shiva and the Mother, and then it continue and the whole creation unfolds. Kashmir 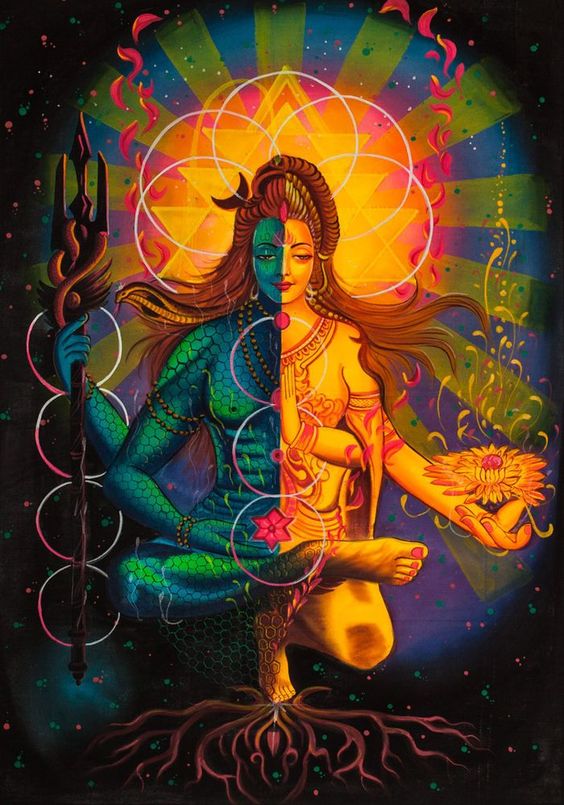 Shaivism is the study of Shiva Consciousness, and the stages the Shiva/Shakti energy takes in creation. It describes the five powers of God as: first, creation, second, is maintenance and third, is destruction. We know those three from the teachings of the ancient knowledge, the gunas: rajas the creative guna, sattva or the maintenance state, and then tamo or the destructive aspect. These are all God powers. God creates, God maintains the illusion of that creation being stable, and then the God energy destroys or takes back and transforms that creation into another state and there we have G.O.D. – Generator, Operator, Destroyer.

The fourth power of God is concealment, and that means the power to conceal the reality that in fact we are all the same and we’re all one, one consciousness. There is a power concealing that reality, that’s the power of maya. If we can remember this, it creates compassion for all human beings, no matter whether they are an enemy or friend, stranger or lover, whatever our relationship we should be aware that we’re all in the grips of the maya. The truth is being concealed from all of us by that power.

Then the fifth power is revelation or God’s grace. That power of grace is the guru. The guru is the grace bestowing power of God, the guru’s energy is bringing the light to reveal what has been concealed. The guru principle is the same as God, the same as the supreme reality, it’s satchitananda, it’s the Absolute, it’s pure consciousness. It is the power, the light of consciousness that brings us out of the darkness of our ignorance, of not knowing who we are, that is functioning everywhere at all times. Once that guru’s light comes, the darkness is dispelled, and our spiritual life unfolds and we can begin to see the reality.

We mention guru and we use the pronoun “he,” but it’s not a “he” it’s actually not a personality or a form, it’s an energy, it’s an aspect of God. There’s no doubt the guru energy can and will in the future especially be demonstrably held by women. This is an age increasingly to be led by the feminine energy, by women and not just in spirituality, the planet desperately needs the women’s energy. During Swami’s lifetime and including today, his students are 85% women. So, the guru principal is embodied by both men and women.