increases the size of brain regions associated with cognitive function 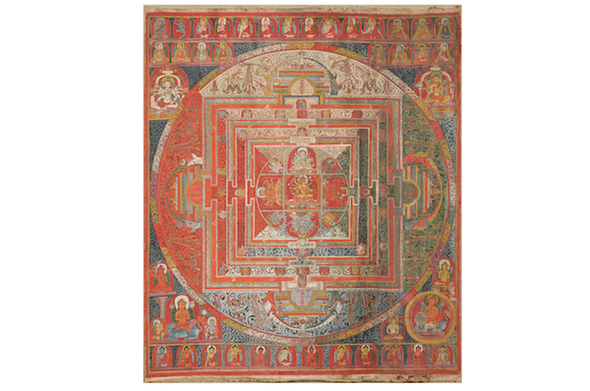 What we discovered from the structural MRI scanning was remarkable. Numerous regions in the brains of the pandits were dramatically larger than those of controls, with over 10 percent more grey matter across both cerebral hemispheres, and substantial increases in cortical thickness. Although the exact cellular underpinnings of gray matter and cortical thickness measures are still under investigation, increases in these metrics consistently correlate with enhanced cognitive function.

Most interestingly for verbal memory was that the pandits' right hippocampus - a region of the brain that plays a vital role in both short and long-term memory - had more gray matter than controls across nearly 75 percent of this subcortical structure. Our brains have two hippocampi, one on the left and one on the right, and without them we cannot record any new information. Many memory functions are shared by the two hippocampi. The right is, however, more specialized for patterns, whether sound, spatial or visual, so the large gray matter increases we found in the pandits’ right hippocampus made sense: accurate recitation requires highly precise sound pattern encoding and reproduction. The pandits also showed substantially thickening of right temporal cortex regions that are associated with speech prosody and voice identity.

Our study was a first foray into imaging the brains of professionally trained Sanskrit pandits in India. Although this initial research, focused on intergroup comparison of brain structure, could not directly address the Sanskrit effect question (that requires detailed functional studies with cross-language memorization comparisons, for which we are currently seeking funding), we found something specific about intensive verbal memory training. Does the pandits’ substantial increase in the gray matter of critical verbal memory organs mean they are less prone to devastating memory pathologies such as Alzheimer's? We don't know yet, though anecdotal reports from India's Ayurvedic doctors suggest this may be the case. If so, this raises the possibility that verbal memory “exercising‘ or training might help elderly people at risk of mild cognitive impairment retard or, even more radically, prevent its onset.

If so, the training might need to be exact. One day I was filming four senior pandit teachers demonstrating the different recitation speeds. Partway into one session all four suddenly stopped. “What’s wrong?‘ I asked. “One of us made a slight error," came the response. "I don’t mind," I said. "Yes, but we do," and they restarted the entire recitation from the beginning.

Author's note: Senior personnel responsible for this project were not involved in the conception or writing of the blog text; it was not presented to them for approval; any opinions or conclusions expressed in the blog are Dr. Hartzell's alone.

This post was written by a graduate of the online course Share Your Science: Blogging for Magazines, Newspapers and More, offered by Scientific American and the Alan Alda Center for Communicating Science at Stony Brook University, with sponsorship from the Kavli Foundation.

The views expressed are those of the author(s) and are not necessarily those of Scientific American.